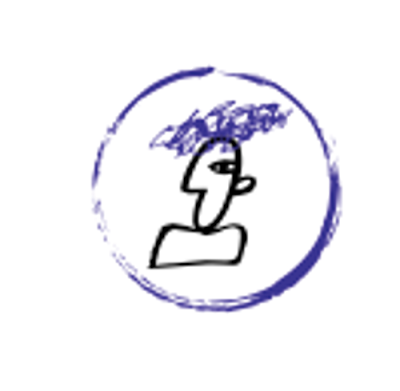 As I'm sure I've probably whined on here before, the life of the part-time writer with a "proper" day job is never a simple one. You may mean to update your blog, write new material, get stuff out to publishers and even tap promoters on the shoulder and remind them you exist, but if you're working overtime more often than not and struggling to get indoors before half eight in the evening, it's not going to happen. And all of us have those periods in our lives.

Failing that, of course, you  might just live in a desperate bit of nowheresville, a small town orbiting a not particularly interesting city, and lack the ability to get feedback for your work or even perform. I've been there too. Every single time I've ever ended up staying for an extended period in my parent's spare room, I've relied on the Internet to get feedback on my latest work. The lack of any other local cultural outlets at all made it the only way.

Last time this happened, way back at the turn of the 21st Century, I used the long-forgotten but actually pretty brilliant literary sharing website Poesie, which allowed you to share drafts of short stories and poetry. It was busy enough to keep me interested, but quiet enough to spot the regular contributors and home in on the best. In particular, I always got huge enjoyment out of the work of the Austin-based poet Cindee Sharp, who is hopefully still producing poetry somewhere.  It had a varied user-base, ensuring that the style of the work was also varied and it was easy to at least be surprised by someone's work even if you didn't actually enjoy it. A few fairly famous London poets even cut their teeth on Poesie, a fact I found out years after the event.

Those nights on a dial-up internet connection in my parent's spare room ("David, could you get off the Internet, your Aunt is trying to phone me and she's confused by the bleeps on the line and thinks something's going wrong?") eventually fizzled out. Due to the fact that my life has got a bit too hectic for poetry readings or workshops in the last few months, though, I've decided to give another poetry and short story sharing website a try - namely Scriggler.

I haven't been a user long enough yet to form a definite opinion. I get the distinct impression that you really need to join specific clubs or communities to get the most out of the service - it's awash with vampire stories, fantasy, erotica, thrillers and angst-biographies as well as other work, and trying to land on something that's to your taste is often difficult work otherwise. They have a tagging system in operation on the site, but there's nothing specifically for non-genre fiction, for example, which might help in cutting past some of that other material (I've nothing against people who read fantasy or vampire novels, you understand, but it's really not my bag). Like all literary sharing website and open mics, of course, the tone and quality are often wildly divergent as well. That's the deal you get with open access - it's not curated, it's wild and open. Sometimes that's fascinating in a "Human Zoo" way, other times it's trying.

All that said, the site is clean, simple and pleasant to look at, and has the clear and obvious support of a number of social media users who retweet and highlight work they enjoy. It seems as if you'd get more feedback and possible support by posting a new piece there than slapping it on your blog and getting the usual five people to comment - and for that reason alone, it's serving a positive function and going one step above the areas the pre-social media Poesie managed.

I've placed a number of my own pieces of work on there. You'll be familiar with some of them already, as I'm not putting up much new material until I get to better grips with the site, but there's one short story on there that's never been published elsewhere. Go and take a look, and I'll continue to add more material over time. It would be nice to get some feedback and comments as well (*mumbles to self*...)