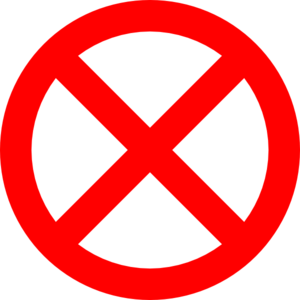 I was coming to depend on you to arrive with the gentle morning snow of angry reminders, fast food offers, and requests for me to put this house (which is not even mine) up for sale. Another day, another letter, another nudge towards the core of the iceflake, showing the patterns we keep hidden to others in increasingly microscopic depth.

This missive is different from the rest. It ends with a single kiss, marked with an X.

“What does that mean?” you ask, and I say it means friendship, nothing more. Closeness. A kiss on the cheek. A female handshake to show an emotional deal done. The friendly, alphabetical neighbour of the sinister mark of Zorro.

A week later, you are waiting for me again. The envelope, this time, has my address written in garish coloured ink, like a pentip floral tribute to the uniqueness of my abode. The letter is appropriately perfumed, and written on soft, quilted bond paper, like freshly washed hotel sheets.

It ends with five Xs, quins of simulated kisses.

“Four more!” you comment archly, and fix me with a suspicious stare. I say it signals appreciation, and nothing more. Grateful that I’d taken the time to listen, to offer words of experience, mixing the colours of our emotional spectrum together to bring variety to our drab landscapes. You say nothing. Clearly there is nothing more to say.

Two days later, there is a new letter waiting. The writing on the envelope is larger, more assertive, and each word ends in a long lash of a scorpion tail. Postmarks bleed into the inkwork like Government invasions into secret foreign territory. The letter is too private even for my eyes. Should never have been opened. Cannot be described without breaking some unwritten secrecy act.

It ends with an entire line of virtual kisses.

You say nothing again, and just stand there, glaring at me. I tell you I know what this means. It represents a length of barbed wire, a signal that I have trekked too far across an alien landscape, found out too much, and can only retreat. You slowly nod your agreement.

I don’t reply to the letter for weeks, and when I do, it is nothing more than a short string of winding, point missing jovialities, guided by the hazard posts of exclamation marks. Winter has begun again.
Posted by 23 Daves at 13:40