The Freedom of Workshop Rules 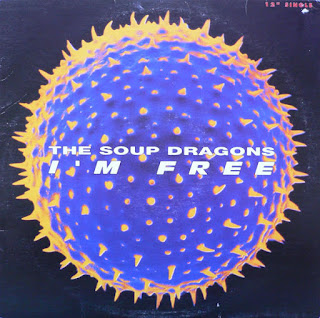 One of the greatest things about being young and naive wasn't my spotty face, or my social clumsiness, or the way I'd gallop speedily and enthusiastically through every exercise which actually required thought and intelligence and care... oh, hang on. Let's scrub that last one from the record, if you please. I've changed my mind.

I definitely didn't enjoy being the clueless bumpkin in the workplace with more enthusiasm than knowledge of acceptable procedures, but for writing? For writing, it made things ecstatic, electric. I never knew exactly what would happen each time. Everything felt fresh and new - the ability to surprise myself regularly. Not quite knowing what was going to come out of my pen next. Feeling only slightly in control of the situation. Naturally, it meant that I wrote reams of material and most of it wasn't any good, but the flukes, even the flawed flukes which needed cuts and spit and polish, used to make me feel as if I'd just channeled an accomplished dead writer who, for reasons known only to him or herself, had chosen my writing hand at that point in time to dump some reasonable work on the page. They felt surprising and I barely recognised myself in the finished work.

That feeling seems to fade over time, and writing becomes less of a spontaneous exercise. In fact, when you've been writing for a number of decades, it can become so lacking in spontaneity that you become more prone to dumping serviceable, average and unremarkable work on to the page than slightly dirty gold. You overthink each sentence as you write it, ignoring your brain's first prompts. Is that word you're going to use really what you wanted to say? It's not, is it? "Dirty gold", what are you thinking, David? (SHUT UP BRAIN. I need to think about this for another five minutes).

I've been attending workshops recently with the primary aim of getting some of that spontaneity back, the idea being that heavy edits after a first draft are the best approach to writing, not careful consideration during phase one which should be lighter touch. During these sessions, someone introduced an exercise which for me worked really well and bought some of that raw pleasure back into writing again. I was given a fairly run-of-the-mill topic (freedom) then forced to change perspective every few minutes while I wrote as quickly as possible. How does freedom feel? When did you last experience it? What does it look like? Not as a societal concept, but as a thing, in front of you? And on it went.

The feeling I had while writing this was fantastic, because I was forced to be very quick and spontaneous around subjects and perspectives which were completely out of my control, and relinquishing that control meant - ironically - freer expression. I was no longer bound by my own expectations of the outcome, because I had none to begin with.

I'm reproducing exactly what I wrote below, not for admiration - because God knows it's a quick exercise rather than a short story or a poem - but to prove that as unlikely as these workshop techniques sound, they do have a clear value. Lots of this prose went in directions I'd never have expected. If you want to find more workshop ideas you can try during lockdown, there's lots all over the Internet. Some will probably work better than others, but even the most hackneyed ideas like freedom, childhood memories or the best holiday you ever had can produce surprising and even unusual results, provided you keep an open mind and introduce some randomness into the proceedings.

I sometimes look down at my pen and think it's a form of freedom, that any moment now it might flip something out of me that I would never dream of sharing, but usually it doesn't. It pulls forward on its own leash.

I sometimes feel terrified when I'm free, or liberated, or angry or even in love, it depends totally on the circumstances. Fear because suddenly there is nobody to guide me, angry because I've found a way out and others haven't.

My earliest memory felt like freedom - aged three, running and shouting around Stonehenge, and most of my feelings of freedom stem from childhood even though I wasn't really - somebody was watching, somebody could catch me.

Freedom feels like a spiky, spiny, smooth and brittle pine cone, one which shatters if you hold it too tightly or drops to the floor if you don't take hold of it strongly enough. It smells of nature mixed with alcohol, of wood with no grain or sculptured finish, nothing to suggest the passing of time or the imposition of the tree on your ideas of its life.

It's not something you can see the margins of, though the margins are there somewhere, on the outer edge of the structure. They are rubber bands, thinner than the line of life itself, bouncing your thoughts from the edge to the epicentre - let go and you'll even feel them move.

It rolls around like a ball but moves at a speed so variable it will confused the keenest scientist, stops mid-air sometimes before dropping like an anvil on to the head of an escaping coyote, or rises upwards like a bird retreating from danger.

Sometimes I think I can see it, usually late at night when everyone is resting, and the foxes aren't outside. I think I see it as a transparent globe with a blurred blue and red core, like a glass marble waiting to be chipped away to unlock the swirls inside. Then I fall asleep.

I don't know where it comes from, I just think it probably doesn't get permission to exist from America, or the West, or our collective force, or art, or any of these places we think it stems from. I just think it's there through a belief that it exists, and when that belief fades, it too becomes a fuzzy outline, fading behind the trees, the grass, the living room lights and outside the barracks of the nearest military town.

The people who would banish it usually fear it, are usually keen to believe it doesn't exist, don't want it because they are terrified of what they themselves might do with it - but that seems to be no reason to make the rest of us suffer.
Posted by 23 Daves at 09:36